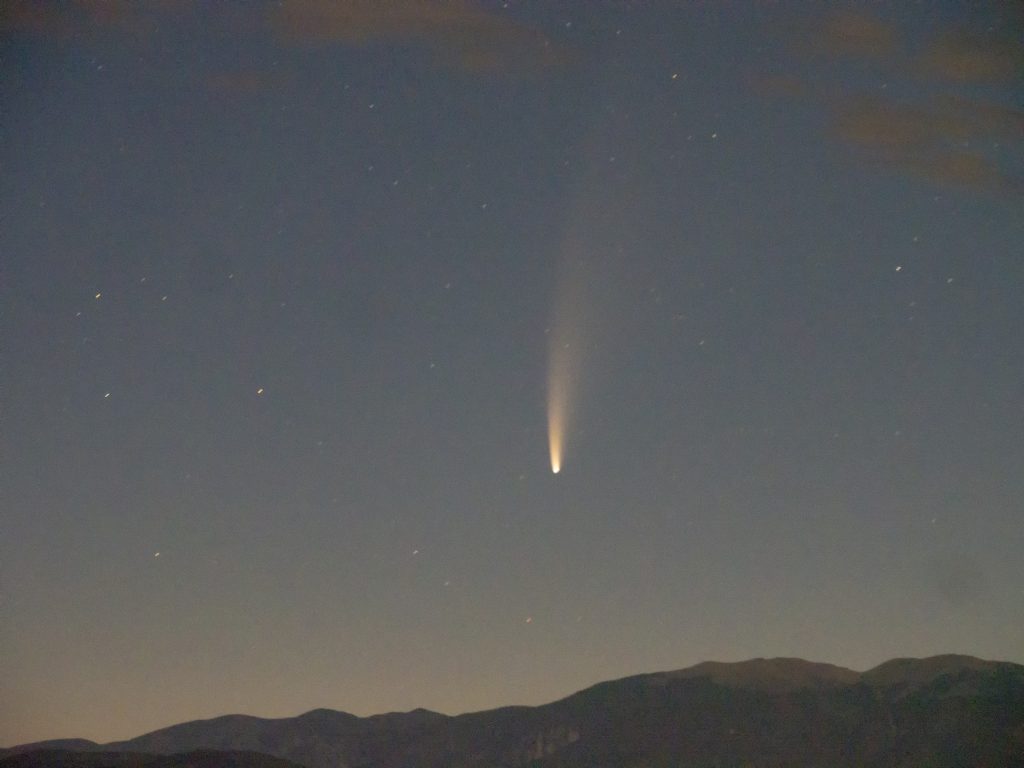 I had great hopes for the PANSTARRS comet earlier this year, but it didn’t pan out. Then there was C/2020 F8 Swan, and it fizzled out too.
When I heard that NEOWISE was discovered in March and they thought it would be visible to the naked-eye, I was skeptical. And then at the begining of July, the pictures started coming in. I’ve  spent the last few mornings waking up at 03:30AM to view and capture the comet After a couple cloudy mornings, I was able to get some nice images on July 9th and 10th. 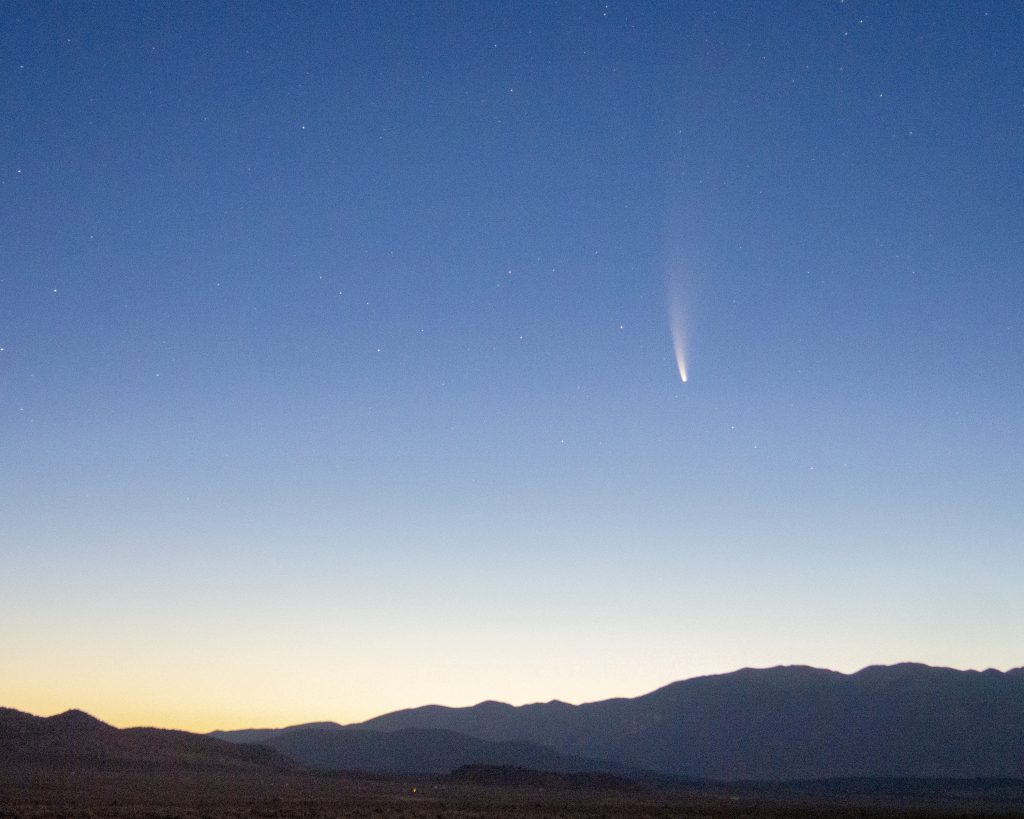 If you would like to see the comet, it should be visible to the Northeast just before dawn over the next week or so. NEOWISE is named for NASA’s Near-Earth Object Wide-field Infrared Survey Explorer (NEOWISE) mission that discovered the icy visitor on March 27, 2020. At magnitude +0.5, it is one of the brightest comets in decades. It is being widely imaged since digital cameras have come into their own since our last super-bright visitor, Hale-Bopp in 1996-97.